After seeing the toll that the COVID-19 pandemic took on many of the businesses that we know and love (not to mention their owners!), local Fremont County resources decided to get together and see what we could do to help our community.

Central Wyoming College is a comprehensive 4-year comprehensive community college accredited by the Higher Learning Commission and recognized as a Native American-serving Nontribal Institution by the Department of Education. CWC plays a key role in economic development for the region. Well known for its highly successful Start-Up Intensive program which launched more than 140 Wyoming entrepreneurs over the last six years in the Jackson area, the College has now partnered with the University of Wyoming’s College of Business and College of Engineering and Applied Science and launched a state-wide entrepreneurship training program – Entrepreneurship Essentials (E2).

Kairos Communications is a local company which operates atWork, a coworking community and a media and digital marketing services company, County 10. atWork provides space for the Entrepreneurship Accelerator Program (EAP) in which cohorts of three at a time will office at the center where they have hands-on access to all the services, other members, and events of the AtWork space.

MakerSpace 307 is an independent tax exempt, charitable organization and is the oldest public makerspace in Wyoming, starting in 2012, having recently passed its 10th anniversary. MS307 has worked with small businesses in designing and making functional prototypes for taking to trade shows, design and build displays, and applying emerging technologies to analog processes to generate capacity in micro-manufacturing.

Wind River Development Fund is an independent tax exempt, charitable organization which serves as a financial lender to the Wind River Indian Reservation and surrounding areas, including Fremont County. The WRDF is certified by the US Department of Treasury as a Community Development Financial Institution.The mission of the Wind River Development Fund is to provide financial opportunities to stimulate economic development on and near the Wind River Indian Reservation, to promote self-sufficiency, self-determination, and an enhanced quality of life for the reservation community. Over the past 20 years WRDF has originated over $7 million dollars in loans to local small businesses. 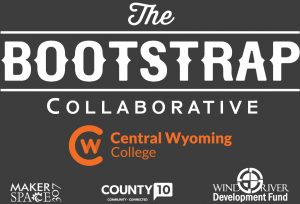